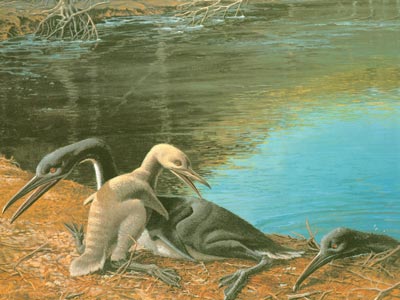 Ornithischian dinosaur pelves (the plural of pelvis) developed from evolutionary changes of the primitive saurischian pelvis. Ornithischians also had other traits that grouped them together: a bone, called the predentary, was at the front of the lower jaw. Also, an "eyelid" bone rimmed the upper part of the eye socket.

Some dinosaurs were neither saurischians nor ornithischians. The earliest, most primitive dinosaurs, such as Staurikosaurus and Herrerasaurus, fit into neither order. They were too specialized to be the direct ancestors of the dinosaurs.