A Greenland Shark Living Today Could Have Been Alive in 1620

This close-up image of a Greenland shark was taken in 2007 at the floe edge of the Admiralty Inlet, Nunavut, in the Canadian arctic archipelago. Wikimedia Commons (CC BY-SA 4.0)

They may not have their own cult classic movie like the infamous great white shark, but the equally massive Greenland shark (Somniosus microcephalus) holds a pretty impressive record: They're the longest-living vertebrate known to science. It's estimated they can live up to approximately 400 years, beating out the former record-holder — a species of bowhead whale — that can live up to 211 years. A Greenland shark, alive today, could have been swimming in the deep in the 1600s. Wow.

Despite having been around for, well, what seems like forever, the Greenland shark was only recently recognized as the longest-living vertebrate because scientists have been stumped for centuries about how to determine their age. Other sharks (and most vertebrates) have hardened spines that form growth rings — similar to what occurs inside a tree — which can be counted to determine how long the sharp-tooth beast has been roaming the seas. But the Greenland shark lacks hard tissue, making age measurement nearly impossible — that is, until the recent intersection of Danish scientists, human cadavers and a dash of murder mystery.

How Scientists Cracked the Code

Jan Heinemeier, an expert in radiocarbon dating at Aarhus University in Denmark, didn't specifically have the Greenland shark on his radar, but he proved that you really can tell a lot about someone by their eyes.

His team was studying the crystallines — a type of protein that remains stable over time — and carbon-14 levels in the eyes of human cadavers. Since the carbon level fluctuates from year to year, each period in time has its own carbon-14 signature — allowing for radiocarbon dating to determine age using the lenses of the eyes.

Skulls of Greenland sharks (Somniosus microcephalus) on display at Bjarnarhoefn, a museum dedicated to life on the Snaefellsnes Peninsula, Iceland.
REDA&CO/Getty Images

But before the technique helped to age sharks, it found its way to forensics. His team got a request from police in Germany to help them solve a bizarre murder mystery. The victims had been frozen for years, so the scientists were able to use his technique on their lenses to precisely determine their ages — and thus the year of the crime.

Then when marine biologist John Fleng Steffensen reached out to Heinemeier to see if they could use radiocarbon dating on shark vertebrae, he learned about the murder case and a new approach. Isolated tissue that formed when a shark was very young could be radiocarbon dated to give scientists the new, approximate age.

How Does the Greenland Shark Manage to Live So Long?

One theory is that extreme cold produces anti-aging qualities, and lucky for these sharks, they hang out in water that hovers around 29 degrees Fahrenheit (-1.6 degrees Celsius). A low metabolism is also thought to be at play. But scientists don't have the full answer — yet that is. Studies are currently underway to examine the sharks' genes, heart and immune system to help solve the age-old age puzzle. And there may be a bonus — they're hoping to be able to use what they find to create immune boosting therapies for us humans.

Given the Greenland shark's need to conserve energy, they creep along at an average pace of 0.3 meters per second (0.76 mph), giving them the nickname "sleeper sharks." But don't discount their ability to attack — when truly necessary they can increase their speed in short bursts.

How Big Are Greenland Sharks?

The massive Greenland shark can grow to be up to 24 feet (7.3 meters) long and weigh in at up to 2,645 pounds (1,200 kilograms). But they don't exactly have a teenage growth spurt. Instead they make an extremely slow, steady climb toward their final size, only growing by about 0.4 inches (1 centimeter) per year.

With that slow growth comes slow sexual maturity; they only become able to reproduce once they're around 150 years of age. Talk about a long time to wait to get some action.

And to add to their quirkiness, these slow giants might not even be able to see well. "Greenland sharks in the Arctic often have copepod (small crustacean) ectoparasites attached on or over their eyes. There is no known advantage to these parasites, and indeed, it seems likely that these parasites obscure or even block the vision of the shark," says Dr. Steven E. Campana, professor of life and environmental sciences at the University of Iceland, in an email interview.

The fermented meat of the Greenland shark, hanging in a drying hut in Snaefellsnes, Iceland. Once dried, which takes about four to five months, it is the iconic local speciality known as hakarl.
REDA&CO/Getty Images

What's on Their Dinner Menu?

Even though they have a coveted spot at the top of the food chain, the Greenland shark doesn't always hunt for live prey. When they do, they mostly catch seals and fish. But more than anything, they seem to enjoy living more of a scavenger lifestyle, eating animal carcasses such as a polar bear or reindeer that may have fallen through the ice.

How Do They Interact With Humans?

Since the Greenland shark usually hangs out in such deep waters, it's rare to see one — at times even for scientists. As Campana shares, "There is almost no direct fishing towards Greenland sharks. Rather, they are usually caught accidentally as bycatch of fisheries for other deep-water or cold-water marine species." There haven't been any documented attacks on humans, but that may have to do with the depth of their living quarters.

What Does Their Future Hold?

While their true conservation status is unknown, professor Campana says, "The fact that Greenland shark densities remain high in some areas suggests that continued catches over the past century have not been enough to push the population into a critical decline, although they are almost certainly at low overall abundance."

A small number of people do in fact hunt the Greenland shark for their meat — but eating it is a risky endeavor. The meat must be dried and specially processed over time to remove the TMOA, or trimethylamine N-oxide, a substance that causes heavy intoxication in humans. Whoever eats the unprocessed meat will end up "shark drunk" with a really nasty hangover for a few days. 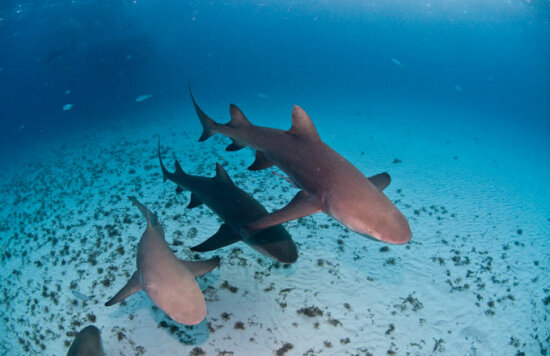 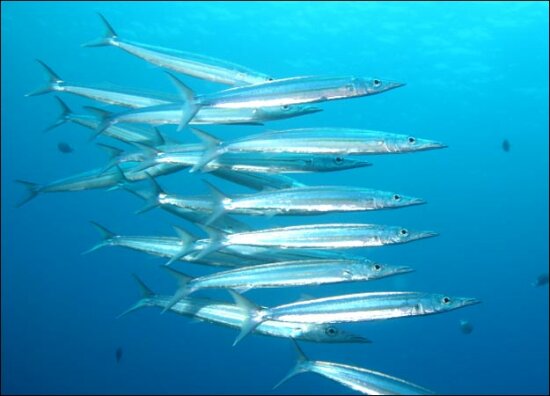 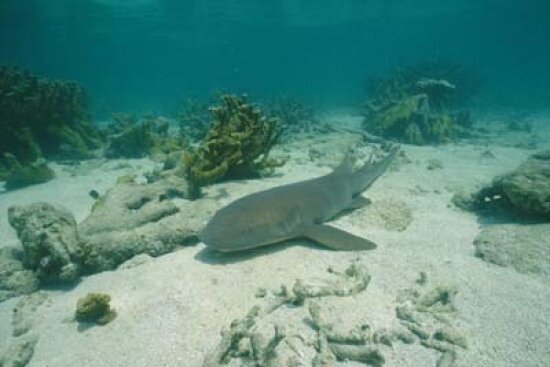