by Jesslyn Shields Aug 24, 2016
For as much as we know about sharks, there's still a good amount that remains mysterious to science. Chris Ross/Getty Images

Sharks have a pretty lousy reputation with us humans. But even though looking into the face of an animal with dead-looking eyes and so many teeth sets off all our brain's various "NOPE" alarms, there are more people bitten each year by other humans in New York City alone than by sharks worldwide. The truth is, we might not like sharks, but we actually know very little about them — partly because we've only given them rigorous scientific attention since the mid-1900s. Also, sharks are extremely difficult to keep and study in captivity. Much of what we know about shark behavior, researchers have had to observe in the wild.

Case in point: a new paper published in Science made headlines recently by suggesting the Greenland shark (Somniosus microcephalus) might live 400 years or more, almost doubling the life expectancy of the bowhead whale (211 years), which previously held the title of longest-lived vertebrate known to science. The Greenland shark even approached the record set by Ming the 507-year-old clam, the longest-lived animal ever found.

Researchers at the University of Copenhagen's Department of Biology suspected the Greenland shark's longevity might be off the charts because although it can reach 16 feet (5 meters) in length, the shark grows incredibly slowly, packing on less than a centimeter each year as it drifts around the frigid waters of the Arctic and North Atlantic Oceans, gobbling up sleeping seals. To ballpark sharks' ages, the research team collected the bodies of 28 Greenland sharks of varying maturity killed by scientific surveys between 2010 and 2013. Through carbon-14 dating tissue in the center of the lenses of their eyes, they estimated the amount of radiocarbon the sharks were born with. According to the authors, the oldest was probably old enough to have swum underneath the Mayflower as it crossed the Atlantic back in 1620.

This paper's results have raised eyebrows among marine biologists — it sounds outrageous, right? — but the truth is, what we know about sharks is just the tip of the shark iceberg.

What do we still want to know about sharks? Here's a partial list of questions researchers still have about sharks:

So, next time you meet a shark, consider: she might have swum underneath the first Europeans to set up permanent camp in North America, and has perhaps never gotten a night of sleep in her life. But we don't know that for sure.

Now That's Creepy
Sand tiger shark cannibalize each other in utero! Starting at around five months, they hunt down and eating their wombmates until only one emerges victorious at the end of the year-long gestation. 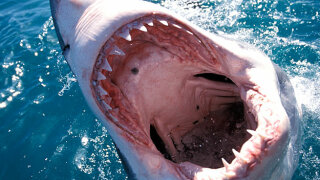 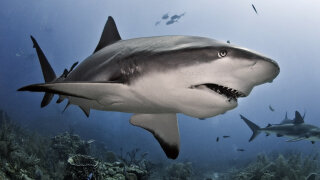 How Drones Can Protect Us From Sharks — and Sharks From Us