Primates aren't doing well. Well, let's rephrase that: Some primates on this planet — humans — are doing extraordinarily, record-breakingly well, and the rest of them are only doing so-so. According to the International Union for Conservation of Nature (IUCN), about half of the world's 634 primate species are at risk of extinction. About 90 percent of primate species — which include monkeys, lemurs, lorids, galagos, tarsiers and apes — live in tropical forests. In case you hadn't heard, tropical forests aren't doing well either, so conservationists worldwide are scrambling to figure out the best way to protect declining primate numbers.

Take the orangutan. Native to the dense tropical forests of Indonesia and Malaysia, their numbers have been plummeting over the past couple decades: In the eastern lowlands of Malaysia, orangutan numbers dropped 30 percent between 2002 and 2017. Bornean orangutans (Pongo pygmaeus) are classified as critically endangered by the IUCN, with an estimated population of less than 60,000 individuals and a decline rate that has intensified as rainforests in Indonesia have been cleared for agriculture, mining and human settlements. As humans encroach on their habitat, displaced orangutans become more likely to find themselves in conflict with people — when this happens, they are often killed as agricultural pests, hunted for bushmeat or poached for the illegal pet and performing animal trade. Often baby orangutans are left orphaned by these situations. Honestly, it's a pretty sad scene.

There are organizations like the Borneo Orangutan Survival Foundation (BOS), which not only works on habitat preservation for Bornean orangutans, but also provides sanctuary care for orphaned orangutans and something a little bit unusual: a school to teach orphaned orangutan babies and children how to survive in the wild.

"Our forest school program is designed to prepare young orangutans for a life in their natural forest homes," says Jamartin Sihite, CEO of the BOS. "To survive in the harsh conditions present in Bornean rainforests, young orangutans must learn countless survival skills from their mothers during the many years they live together before adolescent orangutans begin to range independently when they are approximately eight years old. In the case of our orphaned orangutans, they must learn how to be 'wild' from human surrogate mothers."

It's an orangutan wheelbarrow train in the forests of Borneo, as workers transport infants for training or treatment.
Borneo Orangutan Survival Foundation

Through research on wild orangutans, the school has identified key skills needed to teach juvenile orangutans to survive on their own. According to Sihite, the orangutan pupils are split into "classes" based on age in order teach them a variety of skills, chiefly forgaging for and processing foods — a lot of time is spent on teaching the youngsters how to suck termites out of a log and peel rattan (a type of palm) with their teeth, since, depending on age and sex, some orangutans spend about 50 percent of their time finding food. Other classes include climbing and forest travel, nest building for nightly rest, identifying and avoiding potential threats and predators, socializing with other orangutan and caring for their future offspring.

After successfully making it through all the stages of training, orangutans are housed in a quarantine complex to ensure that they are healthy and ready to go. Then they are moved to one of several pre-release islands as a last test before being sent out into the wild. It's a lot of work being an orangutan, and jungle school makes sure all the bases are covered before these retrained orphans are finally released into their new lives.

"Orangutans have the longest interbirth interval of any mammal and an incredibly long period of offspring-mother dependence," says Sihite. "This eight-year period of dependence is representative of just how much the young orangutans need to learn from their mothers before they can survive independently. Using data from wild mother-offspring orangutan pairs in the Mawas Conservation Area, we have created a forest school that uses human surrogate mothers to teach the orphans the same survival tactics their orangutan mothers would have taught them in the wild."

If you'd like to visit an orangutan rehabilitation school like the one developed by the BOS, it's pretty tough — there's a mandatory seven-day waiting period for anyone that arrives in Indonesia before they can visit the school. But thanks to modern movie magic, you can watch these young orangutans go through their classes on the Smithsonian Channel's series titled "Orangutan Jungle School."

"In most television and media programs, the stars are humans, but in 'Orangutan Jungle School,' the orangutans are the stars," says Sihite. "By following their stories, viewers discover that despite our external differences, we can still relate to the orangutans' quirks, their struggles and their joy. It is truly all about the orangutans."

All 10 episodes of "Orangutan Jungle School" are available to stream on Smithsonian Channel Plus as of Aug. 2, 2019, with the first two episodes free for those without a subscription.

The Science and Smarts Behind Hypertrophy (and Getting Ripped) 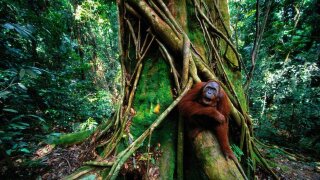 Why There Are More Sumatran Orangutans Than We Previously Thought 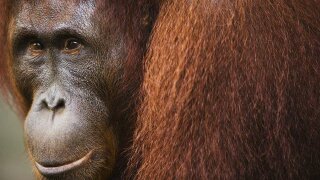 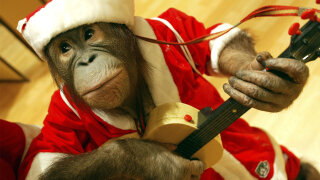