by Nathan Chandler
Prev NEXT
9

It may not win any beauty contests, but this eel-like deep-sea fish displays eye-catching bioluminescence. © 2015 HowStuffWorks, a division of Infospace LLC

If the dumbo octopus is one of the most harmless-looking ocean animals, then the deep-sea dragonfish is the opposite. With oversized teeth and a hideous face, the dragonfish is an assassin of the unfathomable deep. Although it's a fish, it has no scales, but instead a slippery, slimy skin that resembles an eel's.

Dragonfish, which are about 6 inches (15 centimeters) long, prefer to swim between 700 and 6,000 feet (213 and 1,828 meters) under the surface, where the waters are lightless and cold. Like many deep-water creatures, this species relies heavily on bioluminescent body parts, which leverage internal chemical reactions to produce an eerie glow.

The fish may use this glow to communicate with other fish or to provide camouflage. It also dangles a lighted barbel, or whiskerlike protrusion, from its lower jaw. Other fish are attracted to the barbel, mistaking it for an easy meal. But in a flash, the dragonfish gets lunch instead.

Some dragonfish have also evolved the ability to produce a red glow — an unusual color of light for ocean dwellers. They may use their reddish hue to signal their brethren, but it's more likely that they're using the red lamp to illuminate prey just before launching an attack. 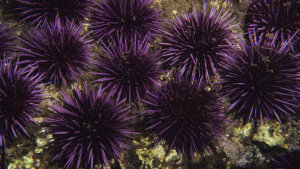 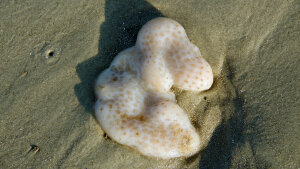