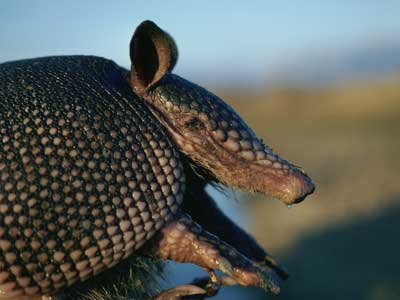 The armadillo's hard shell, called a carapace, is made of bone and a tough tissue coating.
altrendo nature/Getty Images

You'll find a lot of diversity in size and form within the armadillo order, Cingulata. At the top of the pack is the giant armadillo, weighing in at a hefty 70 pounds (31 kilograms) and measuring up to 5 feet (1.5 meters) from head to tail. You wouldn't want to foot the bill for a giant armadillo's trip to the dentist. Although it loses many stubby teeth throughout its lifetime, the species can have up to 100 at one time. On the opposite end of the spectrum, there's Argentina's pink fairy armadillo. This species is as diminutive as it sounds -- it's barely 3 ounces and less than 4 inches (10 centimeters) long. Despite its petite size, the pink fairy armadillo still has a tough shell shielding its head and back.

The armadillo's outer shell makes it look tough, at least to humans. Nevertheless, it still has a handful of predators that can strike at its soft, unprotected belly. In the United States, larger enemies include mountain lions, bears and coyotes. Since the armadillo can't inflict a wounding bite or do much damage with its claws, how can it protect itself?

Often, armadillos will stand motionless for a moment to see if the predator will ignore them. If that doesn't work, they do what we probably would do if confronted by a scary animal -- run and hide. Though they have poor vision, armadillos are good at finding cover or a burrow to scurry into in the heat of attack. When threatened, armadillos are also known to jump straight up in order to startle the predator. After that, it'll hoof it to the nearest safe spot.

­The three-banded armadillo has another trick up its armor, however. It is the only type of armadillo that can roll itself into a ball when endangered. Folding its body in half, the three-banded armadillo tucks its head and legs into its shell. It then curls its tail beside the head and pulls in tight. Since the top of the head and the tail are armored as well, the end result leaves virtually no exposed flesh for a predator to hurt. Remember, though, that you won't witness an armadillo pull this stunt on the side of the road in the United States. North America only is home to the non-balling, nine-banded armadillo.

The key to the three-banded armadillo's defense mechanism is in its shell. A combination of bone and a tough tissue coating, its shell is called a carapace (which, by the way, is the same term for a turtle's shell). About 2,000 tiny scales, or scutes, are composed of the protein keratin and make up the carapace. The carapace is divided into the anterior scapular shield over its forequarters and the posterior pelvic shield over its hindquarters. Between those two shields are a series of bands that vary depending on the armadillo species. These softer bands look like an accordion and allow for mobility. In most armadillos, the two shields are attached to the skin on all sides.

Not so for the three-banded kind. Its shields are unattached along its lateral sides, and it has extra room between the skin and the shell for tucking in [source: Nowak and Walker]. Other armadillos can hunch over to attempt to conceal most of their abdomens, but their shields provide no space for retracting their limbs.

This fetal position response may not make armadillos the bravest animals in a fight. However, if you were up against a cougar or coyote, you'd probably want to roll up into a tiny ball and wait it out, too, like the little armored one. 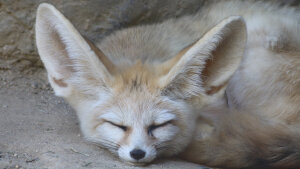 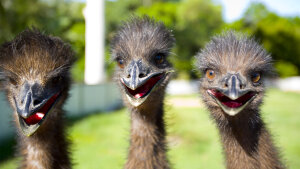 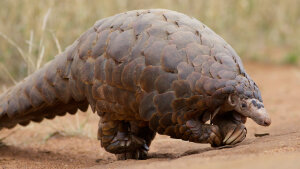