by Melanie Radzicki McManus
Prev NEXT
8

All Ball, Raised by a Gorilla

Koko is pictured at age 4 along with instructor Francine 'Penny' Patterson (left) and June Monroe, an interpreter for the deaf. Bettman/Getty Images

Koko loved books about cats. So, one year the gorilla – famous for learning 1,000 words in American Sign Language – asked her trainers for a kitten as a Christmas present. They complied, giving her a stuffed cat. But that greatly upset Koko, who wanted the real thing. She got her wish several months later, when her trainers at the Gorilla Institute near Stanford University let her select a Manx kitten as her birthday present.

Koko, who loved rhyming words, named the fluffy bundle All Ball. The two quickly bonded. Koko mothered her precious kitty, trying to nurse him and often cuddling and petting him. The two also played daily. But a mere five months after Koko adopted All Ball, he escaped the research facility, wandered onto a nearby highway and was run over.

Koko was devastated, first refusing to acknowledge the news and then sobbing. Thirty years passed. In 2015, on Koko's 44th birthday, she received two kittens, Ms. Gray and Ms. Black, whom she bonded with instantly. Her two new pets were probably the best birthday presents she'd ever received since All Ball [sources: McGraw, Kratochwill]. 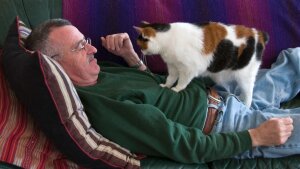 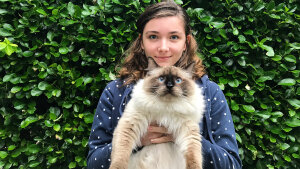