The German word for bats is "Fledermäuse," which translates as "flying mice." It's easy to see where this name came from -- many bat species do look a lot like flying rodents. But in fact, bats are more closely related to humans than they are to mice and rats. If you look closely at a bat's wings, you can see the resemblance.

The illustration above shows the bone structure in a bat's wing, a bird's wing and a human arm. The bird's wing has a fairly rigid bone structure, and the main flying muscles move the bones at the point where the wing connects to the body. A bat has a much more flexible wing structure. It is very much like a human arm and hand, except it has a thin membrane of skin (called the patagium) extending between the "hand" and the body, and between each finger bone. Bats can move the wing like a hand, essentially "swimming" through the air. The "thumb" extends out of the wing as a small claw, which bats use to climb up trees and other structures. This helps them reach a high "launching point" for flight takeoff. Appropriately, the order of bats is called Chiroptera, Greek for "hand-wing."

One of the smallest bat species is the long-tailed bat of New Zealand. These bats, which weigh only 8 to 11 grams (0.3 to 0.4 ounces), can use their tails as a pouch to carry captured insects back to the roost.
Photo courtesy Heurisko Ltd

Scientists believe that bats evolved from a non-flying mammal that lived mostly in the trees, roughly a hundred million years ago. Like a lemur or squirrel, this animal would leap through the air from branch to branch. Some individual members of this species were born with more skin extending between their arms and body, which gave them just a little bit more lift as they leaped through the air (some modern lemurs and squirrels have developed this same sort of physiology). The individual bats with this mutation had slightly greater mobility than others in the species and so were more likely to thrive and reproduce. In this way, nature selected for wider and wider skin membranes over time, eventually leading to fully functional wings.

The rigid bird wing is more efficient at providing lift, but the flexible bat wing allows for greater maneuverability. Bats can position their wings into different shapes, changing the degree and direction of lift very quickly. This lets them weave and dive in the air like no other animal, giving them a distinct advantage in hunting prey.

In the next section, we'll learn how bats get around in the dark. 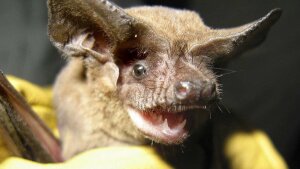 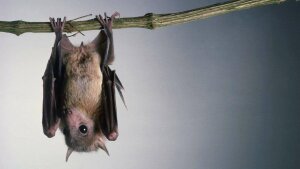 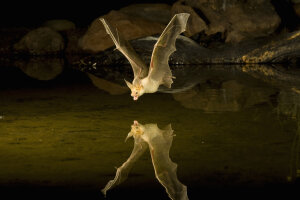