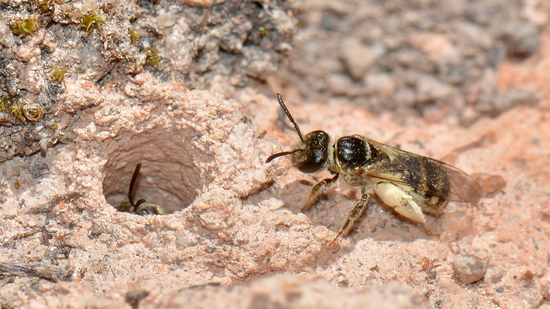 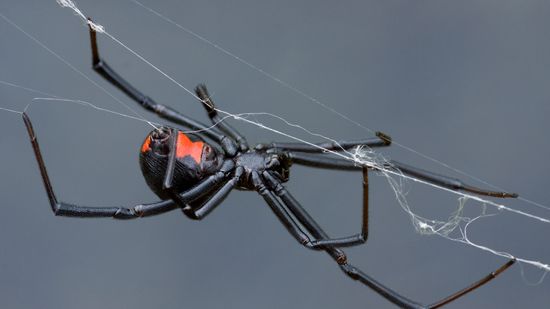 Why Does My Home Become Infested with Gnats in the Summer?

Why do my home and office seem to be infested with gnats in the summer? Where are they coming from?

What is a spider's silk made of?

Spider silk is five times stronger than steel and twice as strong as bullet-proof Kevlar. What exactly is spider silk, what is it made of and why is it so strong? Find out the answers to these questions and learn other facts about spider silk.

Scorpions have been around for 450 million years. But the species hasn't been sustained by a healthy, vibrant diet: This opportunistic eater would rather wait for food to come to it than go out hunting for it. So how many meals does that amount to?

If looks could kill, bristly tarantulas would be the spiders to watch out for. But violins and hourglasses are far more cause for concern.

When bees are buzzing busily around a hive, it seems like absolute chaos. But there's a method to the madness: a dance called the waggle. And some scientists are applying the step to create faster Web servers. That's a solution as sweet as honey.

With DDT on the no-no list and international travel more common than ever, the little parasites known as bedbugs are showing up in record numbers across the country.

How do honeybees make honey?

You know you love the taste of it, but do you know exactly how honeybees make honey? And what exactly is honey? Find out how bees make honey here.

The world is a dangerous place for butterflies. Raindrops loom as big as bowling balls, and well-meaning fingers can threaten flight and life. What's a winged one to do?

Wonder what would happen if everyone you knew disappeared? Don't call the authorities yet. A mysterious condition called Colony Collapse Disorder affects beehives, causing some bee populations to vanish and possibly die.

Studies have shown that you're never more than ten feet away from a spider is and one estimate puts you as close as three feet. Check out some more spider facts.

Despite the fact you'll never find anything called "wasp honey," wasps perform a vital service by helping to pollinate the world's plant life -- and eliminate various six- and eight-legged pests.

Have you ever seen a water bag hanging in a restaurant? It's not a design trend — some people say the bags repel flies. Does this method hold water?

If you're snacking on fig bars, make sure to check the nutritional content for wasps. Wasps risk their lives to provide enough figs to satisfy every fruit- and cake-related craving.

Swat it, smash it, spray it. It's tough to get rid of the world's most annoying roommate: the housefly. But at least the housefly won't steal your food -- whoops, never mind.

A caterpillar spends its life eating -- foliage, some animals like ants and snails, and even its own skin it previously shed. What do caterpillars do with all of this stored up food? And why do they use their waste as projectiles?

If you have ever been out in the woods or an open field in spring, summer or fall, you may have gotten chiggers around your waistband or on your ankles. They leave red, itchy bumps on your skin. Learn more about these arachnids.

The brilliantly colored orange wings of a monarch butterfly are as recognizable as the plumes of a peacock. Why are butterfly colors some of the best and brightest in nature?

If you've seen a butterfly in your lifetime, you probably noticed their colorful wings, or saw one basking in the sunlight. But I bet you didn't realize that it would soon die. Why are their life spans so short, and are they nearly extinct?

Wasps and bees are different, yes. But how can we distinguish? Here's a hint: The bee's the one near the flowers. The wasp's the one buzzing around your turkey sandwich.

Cicada singing is often heard during the hot summer months. The distinctive high-pitched noise often fills the air. Have you ever wondered why the cicadas produce this noise. Find out the answer to this question in this HowStuffWorks article.

Chiggers are tiny arachnids that are known for delivering bites that itch intensely. Find out how chiggers work and learn about the chigger reproduction cycle.

Termites have existed for 50 million years and can be found throughout the world. Learn about termites and find out how termite colonies are structured.

Ticks are parasites that feed on the blood of their hosts -- human or otherwise -- and are known for carrying diseases. Learn all about ticks, including how to remove them.