Fish are an incredibly diverse group of animals. Read these articles to find out about all kinds of unique and different fish. 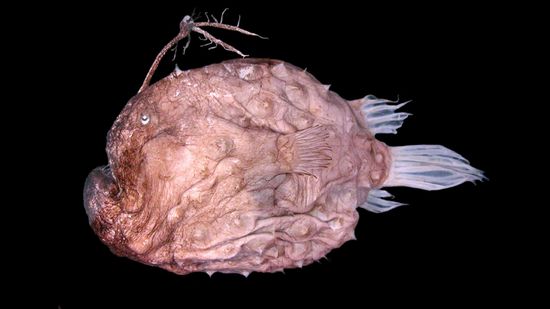 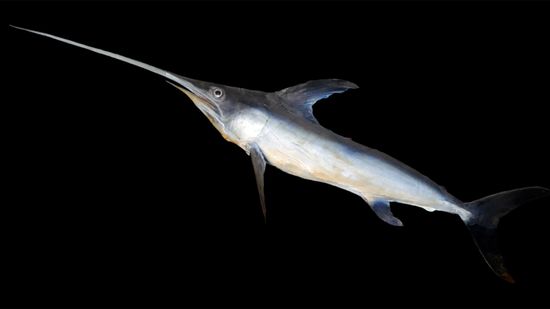 Swordfish Are the Natural-born Gladiators of the Sea

The Lemon Shark Is a (Relatively) Friendly Shark

Shark shocker! This 'virgin birth' is the first example of a shark switching from sexual to asexual reproduction.

Never mind the penis on its head, this weird ghost shark was filmed live for the first time, and hanging out in the wrong hemisphere.

In the past decade, several two-headed shark fetuses have been discovered. Is there something going on in the oceans we should know about?

Scientists have discovered a few enterprising catfish that are having a fancy feast — of mice.

The eel-like Orthacanthus, a precursor to modern sharks, may have turned to cannibalizing its own babies in times of crisis.

Think science has sharks all figured out? Think again. We still have so many unanswered questions about the aquatic marvels.

Could the sequel to Disney's 'Finding Nemo' increase demand for pet s and bring the decline of the exotic fish that plays the leading role?

Maybe the shark in 'Jaws' really did have a personal vendetta after all. Scientists have found at least one species of fish that can distinguish between human faces.

Prozac in Water Makes Fighting Fish Docile. What Does That Mean for Us?

A new study looks into the impact trace amounts of antidepressants in water has on the behavior of Siamese fighting fish.

Can an Electric Eel Kill You?

Electric eels actually aren't eels at all, but they certainly are electric. Their shock can kill animals in surrounding waters, but could it take down a human?

Most of us would take to the seas a bit easier without any hammerheads, blacktips or bull sharks patrolling the waters below. The truth is, however, sharks help maintain a balanced ecosystem.

King of the herrings! What regal creature would have such a majestic history? It's the giant oarfish, and it's surfaced everywhere from sailors' nightmares to Southern Cali. Meet the longest bony fish ever!

Kite fishing is a new, creative and complicated way to fish. Once you get the hang of it, you can haul in a large amount of fish at one time.

It's possible to keep seafood--a valuable source of protein and Omega-3 fatty acids-- in your diet without doing too much harm to the oceans, if you're careful about what varieties of fish you buy and who you buy it from.

Unlike land snakes, eels are usually scaleless is although a few species can be found with tiny scales along their bodies. Meet the eel! View pictures, watch video, read facts, explore interactives and more.

Contrary to popular belief, freshwater sawfish are not sharks. These fish are from the ray species and can grow up to 20 feet (6 meters) in length.

For the city of Silver Spring, Md., "Shark Week" doesn't stop when the TV is off. Every year, a great white shark affectionately known as Chompie takes up residence on Discovery Communications' headquarters.

Oooooh, barracuda! It's not just a Heart song -- it's also a dinner dish. But should you be as suspicious of this creature on your plate as scuba divers are of encountering it in the water?

A shark is coming at you. It opens its mouth wide, baring teeth. Will you be able to reach around and poke it in the eyes without losing an arm?

If it works for bears, can it work for sharks? If you're swimming alone, it might not be the best idea. But if you're surrounded by scores of thrashing swimmers, playing dead might help you escape the shark's notice.

Sharks scare us to death. What scares them? Magnets. Researchers have tossed magnets in the water and watched the sharks dart away. But what could be so repugnant about a magnet?

Burning ghost peppers is known to ward off elephants. Could chili peppers stave off sharks? The Aztecs thought so and dragged the peppers from strings through the ocean water.

It's scary enough to imagine a shark's toothy jaw snapping at your half-submerged body in the ocean. But the actual impact of its massive mouth clamping down? Surprisingly wimpy.

If your ears picked up on a 40-hertz signal, you might wonder what the annoying sound was all about. But if you're a shark and you hear this "yummy hum," it might mean it's dinner time.